So here we have some interesting conversation fillers on the board. The first one that we have, really? This conversation filler is, of course, used when you’re listening or when you’ve heard news which was very surprising. so may be if one of your friends passed a very important examination and you never expected him or her to pass that examination and he or she tells you, hey, you know I cracked the PET. What? Really? You cracked the PET! So this means you’re surprised. Instead of just going blank like, okay that was so nice. You don’t wanna look like that. You could just be like, really? Shows all the excitement and the joy. Maybe you’re sad deep inside, may be sorry.

Oh no. really? How could that happen? This is an utter shock. When you’re really, really shocked and you did not expect something will happen. This is expressing a lot of despair. It’s not just sadness, it’s despair and frustration sometimes. So expressing frustration is, oh no! Something that you did not want should happen, frustration.

Right let’s look at the next one, you’re joking. So when your best friend tells you that she’s getting married. Okay, and you’re like, you’re joking which means you can’t be serious, really? Are you getting married already, you’re just 24. You’re joking! Which means you can’t be serious. You must be joking and then she tells you, not really, I’m very serious about it. I’m 24 and I’m getting married and you’re like what a pity! It’s so sad that you are, I feel so bad for you. Pity. Pity is you know when you have mercy on someone and you’re being very sad for them because you’re thinking that they are in a very bad situation. So if your friend is getting married at 24, she’s definitely in a very difficult situation. So it’s such a pity, you feel merciful towards her.

So here we have the next one. Have you? This is when you say that I’ve recently tasted pork and you’re friend replies to you, have you? Which means she’s confirming but it is actually a conversation filler. Maybe she’s doing something on her phone. She’s texting somebody and you’re like, hey you know what, I recently had pork and she’s like, have you? Okay, so she’s just trying to keep the conversation going, even when she’s doing something else. So be smart to understand. So this is where you use an auxiliary verb, which is have, to make a conversation filler. So this is an auxiliary verb. Okay auxiliary verb, right? And you could also say, did you? Is it? Depending on the question that someone has asked you or depending on the statement that someone is making. Have you? Or did you? You could say, is it? Right? So these are certain words and expressions that you can use when you’re listening to someone to keep the conversation going on but now we have some words that you can use when you’re speaking to somebody. Let me think. So if someone asks you a question, which you don’t the exact answer to or maybe you want time or you’re buying time. So if someone asks you, may be a basic question, who is the President of this country? And you’re like, um. Let me think, it is whoever. So, you’re buying time when you’re saying this statement. You’re trying to buy time. Right, so try not to use this at a quiz because at a quiz, you will have only 10 seconds to answer and if you ask them for time to think, the buzzer goes on and you actually lose. So use it only with your friends. I mean, what I mean is, so this is again another way of buying time or trying to explain yourself again. Yeah, trying to explain yourself again, re-explanation.

this one is one of the most common conversation filler, you know and you’ve often heard me using, you know and sometimes also pronounce it more like, y’know, just goes like that and it’s not like you know, it’s just like y’know what happened. You know, so it’s just a y actually and no you. So this is another conversation filler and it is generally used in the beginning of a sentence or when you’re sharing a news, towards the beginning. You know, I met your sister at the mall yesterday. So that’s how you start, a conversation.

What I mean is, this is again explaining yourself further after I mean, if someone still does not understand, when you have said, I mean. You could say, what I mean is, to explain it even further. For further explanation.

Okay, so here we have the next one, back to our topic, that we are studying, conversation fillers today and not going into long stories. So this is when you get your attention back to the topic which you were talking about. Sometimes it happens that you’re talking about exams and you end up talking about boyfriends with your friend. So when you want to get back to exams, you’d say, coming back to our topic, tomorrow is our final exam and we have not studied anything. So back to the topic, something that is not off topic.

So it’s kind of nice, how did you like this lesson? It’s kind of nice which means it’s towards nice. Something like nice, like so kind of, would be more like, it is nice and this is also, this can be used throughout you know in the conversation. In the middle of the conversation, usually, when you talk about something and you wanna explain its type, that’s when you use kind of.

So these are the expressions that you have learnt when you’re listening to someone. You could go like, really? Right, sure, how awful! And oh no! Did that really happen? You must be joking which means, you can’t be serious. What a pity! Which means you feel so empathetic towards somebody. Have you? Really? Have you done that before? something like that and these are the expressions that you would use when you are speaking to someone and you’re running out of words or you’re buying time to think, then you would say, let me think. I mean, you know that’s how you start a conversation. What I mean is, when you’re trying to, explain something further and something when you’re going off topic, you would say, coming back to our topic, the main idea of the conversation is, and kind of, it’s kind of nice, when you’re trying to explain a type of something.

So, this is how you can keep your conversations going. You don’t need to experience more of that awkward silence and think of more topics that you can talk about to your friends so that you have more topics and more conversation fillers to fill in the air. I hope it was enjoyable for you as it was for me, please come back for more lessons with me. 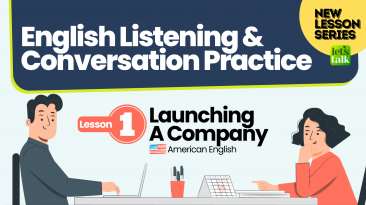 15 English Phrases That Create A Bad Impression About You! Avoid Saying Them!

How to use the word OTHERWISE in English sentences – Learn English the smart way.