Phrasal verbs play an important role in speaking Fluent English. In this English speaking lesson with Michelle, you will learn how to describe Different ways of speaking with the help of phrasal verbs. If you notice people who speak English fluently or that matter native English speakers, make use of Phrasal verbs in their daily English conversation.

In this Lesson your ESL teacher Michelle will teach you some of the American English British English phrasal verbs to improve your English and speak English confidently. 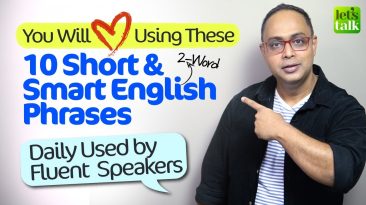 How do I become fluent In English faster? This is a commonly asked question by beginners in English. This English lesson will help you learn 10 daily use short and smart...