I am going to keep it really simple and straight today. We are going to talk about ten simple rules that we use to write sentences with correct capitalization rules in English language. Hi everyone my name is Hridhaan and I welcome each one of you on Let’s Talk. Let’s get down to business… Sentence number one, “Where are you going?” it’s important for us to know, this is rule number one, whenever you start a sentence or a question, the first letter of that sentence begins with a capital letter. You must have been told this rule in your elementary school or as you were growing up but it is very, very important. We still miss to do that. If the sentence has a full stop before that the next sentence, the beginning of the sentence you basically capitalize the letter, ‘where’. Next one is, “My name is Hridhaan.” Can you guess what is the rule here? The first one here, let’s write the rule first is… ‘beginning’, the second one is, “My name is Hridhaan.” and the letter that I have capitalized here is, ‘H’, the name of a person. Whenever you write the name of a person, you capitalize it. In the sentence whenever you’re writing names, be it on WhatsApp you’re typing messages or you’re writing something using a pen and a paper, you always capitalize the name of a person or a place, etc. Next rule is, “I live in New York.” Can you guess which is the right one? The capitalized version here is, ‘New York’, we capitalize the first letter of the name of a city or place that you live in or you come from. This is rule number three. This takes us to rule number four. Now rule number four is, “I speak English, Hindi and French.” I have capitalized the first letters of the language that I speak. Yes! That’s right, all of these sentences are true about me, so this is more like my mini version of introduction… English, Hindi, French… you write the languages, the names of languages by starting with a capital letter. Next, “I am British.” Well I am of Indian origin but I was born in the UK and thus my nationality is British and I capitalize the ‘B’ in British and it is my nationality. Always capitalize the first letter of any nationality that you write in a sentence. Rule number six is, “I was born in the month of June.” Yes! That’s true, I am a Gemini and I was born in the month of June. Whenever you write date, days or months you always capitalize the first letter. Days, months, etc. “I love Christmas” Christmas is a very important and interesting festival around the world. Whenever you talk about special days and festivals, you capitalize the first letter. Special days, festivals… The next one, which is the eighth rule is, “My father’s name is Dr. Karan Sharma.” Now my father’s name is Karan Sharma and I have put the name in capital letters, the first name and the last name. But another interesting thing to note here is, I have also capitalized the first letter of my father’s title, ‘doctor’. The capital of doctor, the first letter ‘D’ has been capitalized here. So if you write the name of a person not just the initial letter of the name gets capitalized but also the title so “Dr. Karan Sharma”, title. Rule number nine is, “I recently watched Zero Dark Thirty”, yes it is the most recent film that I watched and it was a very, very interesting film. I would like to recommend this film to each one of you as well. I have highlighted the initial letters of the name of the film and that is zero, ‘Z’ of Zero, ‘D’ of Dark and ‘T’ of Thirty. So the name of a film, a book, etc. is what is also written in title. And the last rule, the tenth rule in the list of capitalization rules is, “John and I are best friends.” John my best friend lives in Manchester and that’s true, he and I are best friends. Interesting thing to note here is, I have capitalized the ‘I’ in the sentence and I’ve not written it with a small ‘i’ and that is the rule, whenever you write ‘I’ as a single word, single letter… it is always, always capitalized. ‘I’ alone is always capitalized. These are the ten rules of capitalization in the English language. I hope you enjoyed the lesson have a great day. 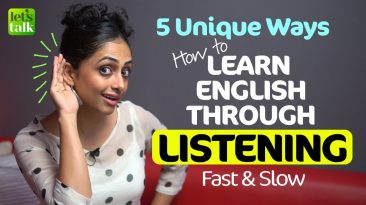 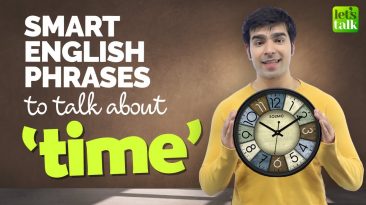