For styles and vocabulary from this lesson refer to the image below. 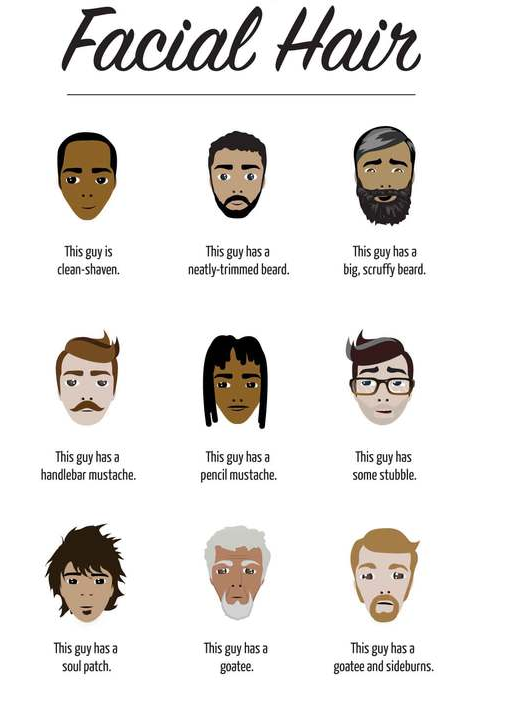 Eyebrows –  A thin patch of hair which is just above your eyes. The area above your eyes and below the forehead is called as brow.Idiom – To raise the eyebrows.
Example – The way she walked raised a lot of eyebrows.